My friend gave me an X68000 ACE HD telling me that it doesn’t power on. X68000 is a 30 year old computer and the capacitor leakage is a very common problem. 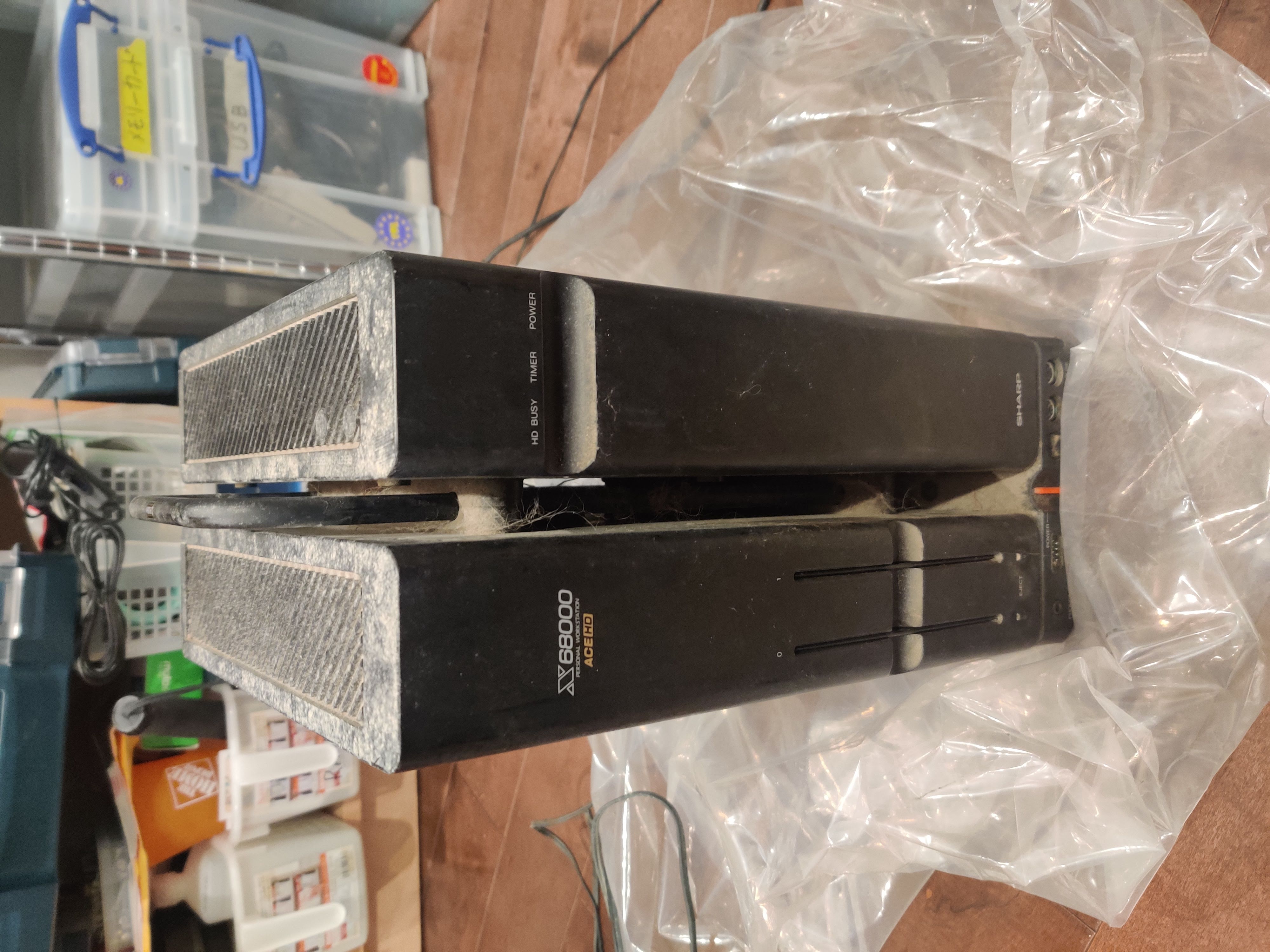 The X68000 ACE HD seems to have the capacitor leakage in its power supply. 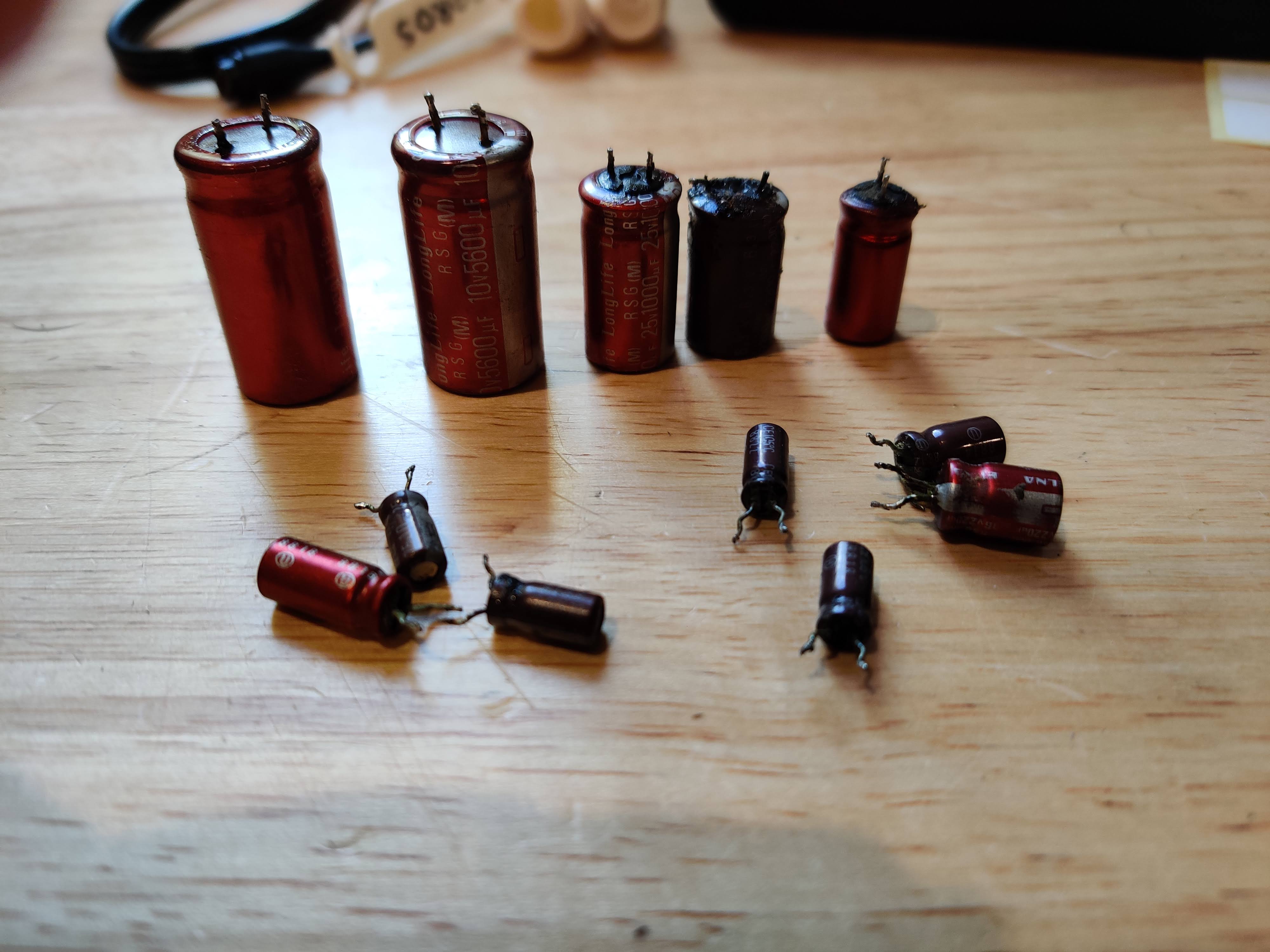 I’ve replaced all the capacitors of the power supply with the brand-new Nichicon caps. However, the PSU didn’t work.

Sharp made the service manual freely avaiable (though you need to purchase it at 0 yen on their Japanese e-book site), and the schematic of the power supply is in it. I’ve also learned that a zener diode (ZD31) is often broken. I’ve ordered a Zener Diodes 6.8V 0.5W for ZD31 (BZX79C6V8) and ZD51 zener diodes from Mouser.

Later, I’ve received them and replaced. However, it still didn’t work. I’ve checked other components around and I’ve found 2SC1815(Q32) might be faulty. I’ve ordered them too. (2SC1815-GR PBFREE) 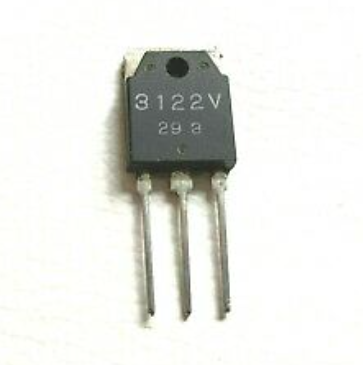 I’ve removed the old 3122V and tested with my multi-function tester. I’ve confirmed that the voltage regulator is broken. 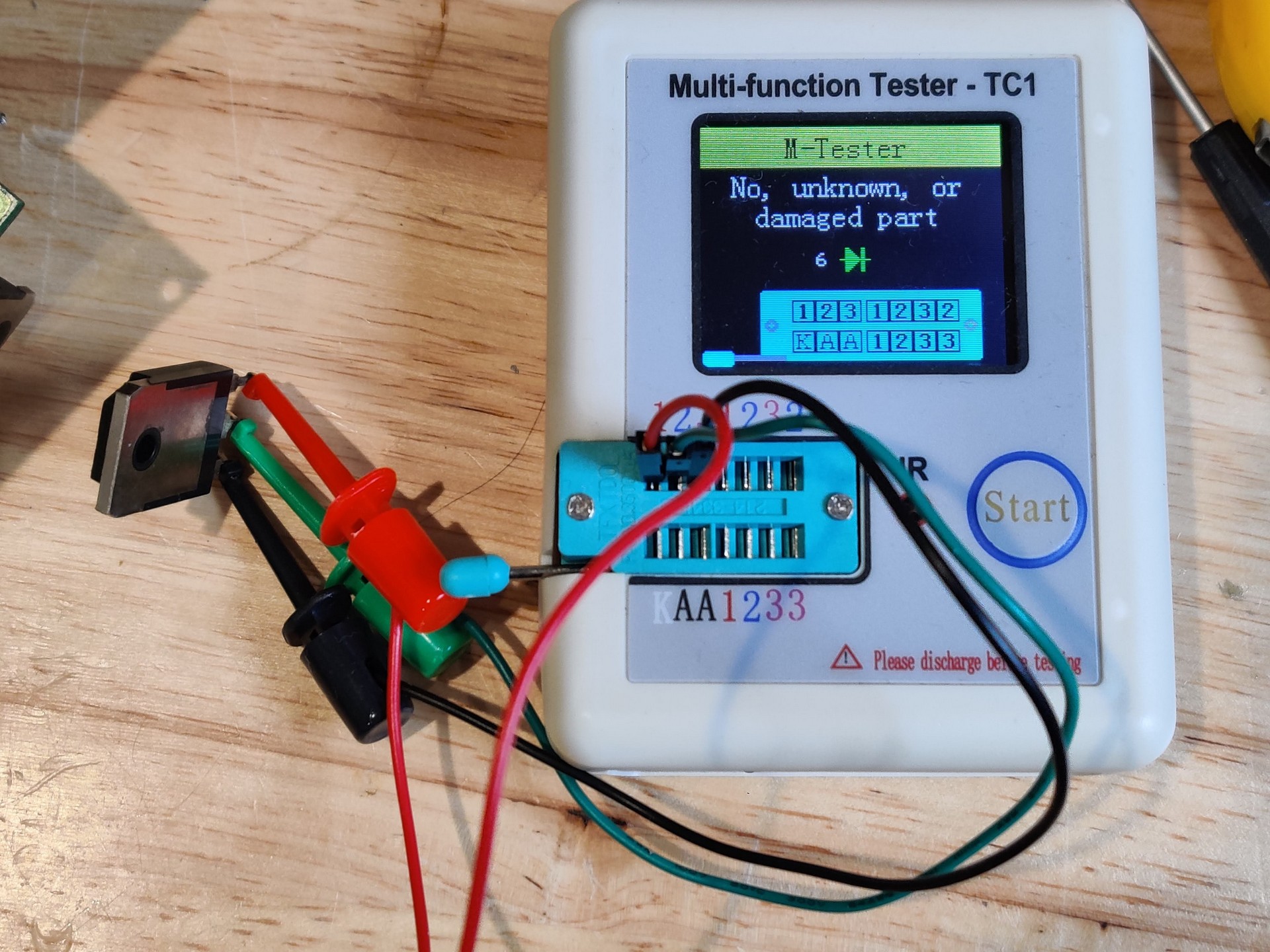 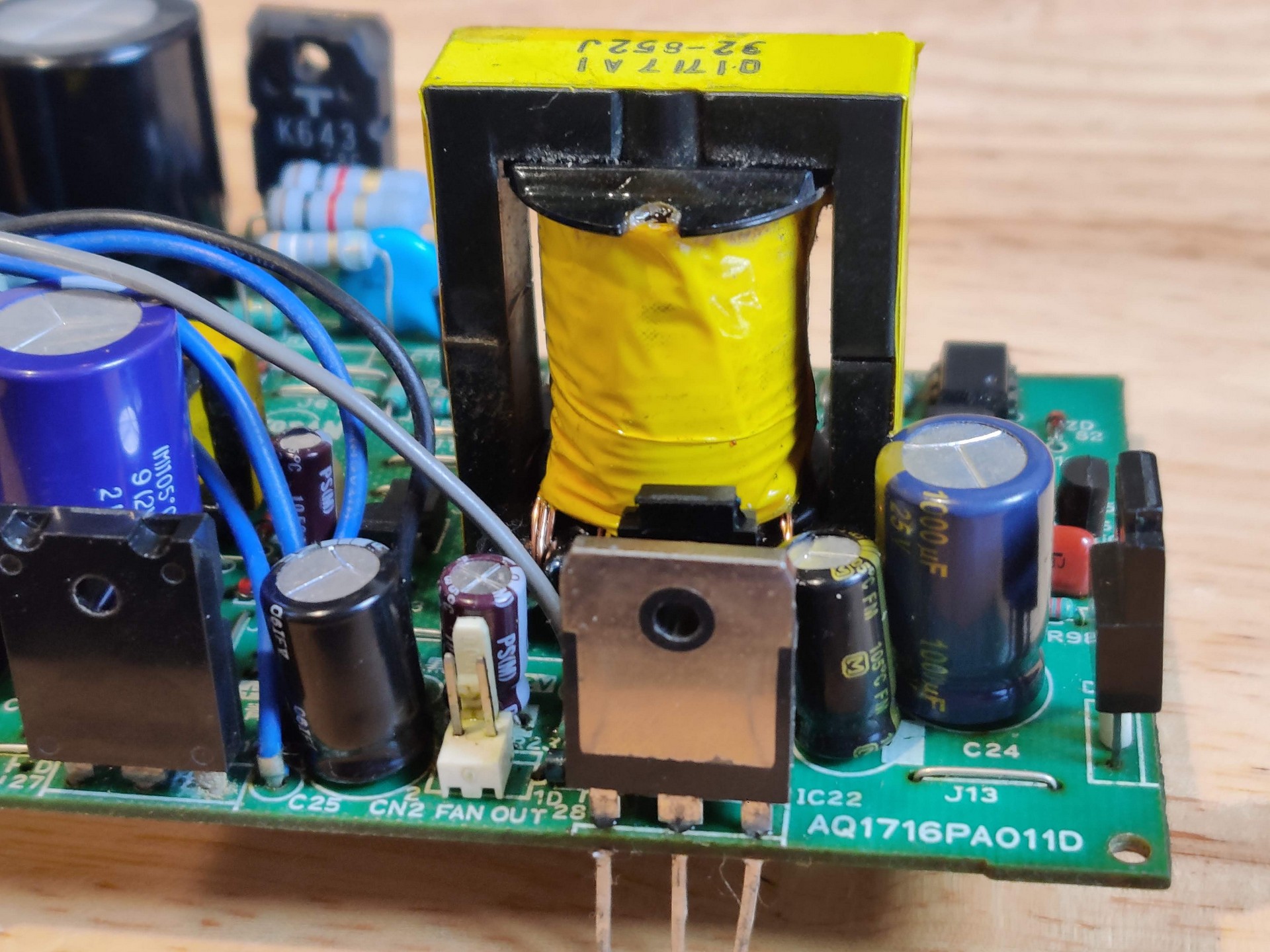 Then, I’ve tested the PSU and I’ve got 12VDC successfully.